It was an exciting day for Carson Barry and his high school team at the 2016 Idaho 5A High School State Championship.  Carson’s team, Rocky Mountain, was focused on defeating the Eagle High team, who has won the 5A schools State Championship for the past six years.  (5A indicates that largest schools in Idaho)  Carson’s team not only won the championship beating Eagle by 30 strokes, but Carson lead his team with a two day total 139 (68, 71) and was medalist.

I was really proud of Carson.  Even though he started day two with a four stroke lead he never let his guard down, because he knew good players like Sam Tidd, Connor Johnstone, and Josh Gliege were likely to play well.  I knew this championship meant a lot to Carson, and I knew he was nervous, but I also know that Carson is an outstanding player and knows how to win a tournament.  I was right.  Carson pulled out the win with not only the pressure of helping his team win the State Championship, but with family, friends, and college coaches watching and cheering along the way.

Congratulations Carson and to your team!  Great playing! 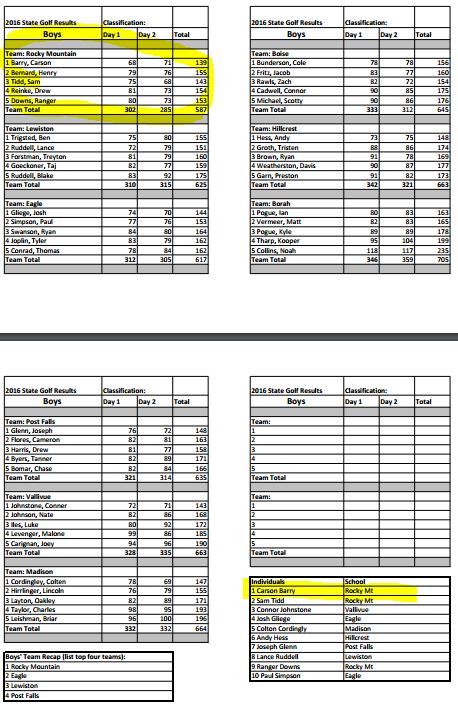